To understand the history of violins in jazz music, one should understand the history of jazz itself. Violins aren’t typically the first jazz instrument that comes to mind – saxophones, trumpets, percussion and the stringed bass might have that honor – but from the very beginning violins (and versions of violins) have played an important role in the development and expression of this uniquely American musical style.

To be clear, jazz derives African musical traditions. The city where jazz was born, New Orleans, was and remains a polyglot of cultures going back hundreds of years, a place where Spanish explorers, French traders, Cajun immigrants, African slaves and freemen, and Creole culture converged.

The violin, sometimes known as a fiddle, is a wooden chordophone (string instrument) in the violin family. Most violins have a hollow wooden body. It is the smallest and thus highest-pitched instrument (soprano) in the family in regular use. The violin typically has four strings, usually tuned in perfect fifths with notes G3, D4, A4, E5, and is most commonly played by drawing a bow across its strings. It can also be played by plucking the strings with the fingers (pizzicato) and, in specialized cases, by striking the strings with the wooden side of the bow (col legno).

Violins are important instruments in a wide variety of musical genres. They are most prominent in the Western classical tradition, both in ensembles (from chamber music to orchestras) and as solo instruments. Violins are also important in many varieties of folk music, including country music, bluegrass music and in jazz. Electric violins with solid bodies and piezoelectric pickups are used in some forms of rock music and jazz fusion, with the pickups plugged into instrument amplifiers and speakers to produce sound. The violin has come to be incorporated in many non-Western music cultures, including Indian music and Iranian music. The name fiddle is often used regardless of the type of music played on it.

The violin was first known in 16th-century Italy, with some further modifications occurring in the 18th and 19th centuries to give the instrument a more powerful sound and projection. In Europe, it served as the basis for the development of other stringed instruments used in Western classical music, such as the viola.

Violinists and collectors particularly prize the fine historical instruments made by the Stradivari, Guarneri, Guadagnini and Amati families from the 16th to the 18th century in Brescia and Cremona (Italy) and by Jacob Stainer in Austria. According to their reputation, the quality of their sound has defied attempts to explain or equal it, though this belief is disputed. Great numbers of instruments have come from the hands of less famous makers, as well as still greater numbers of mass-produced commercial “trade violins” coming from cottage industries in places such as Saxony, Bohemia, and Mirecourt. Many of these trade instruments were formerly sold by Sears, Roebuck and Co. and other mass merchandisers.

The sound produced by the violin was a bit soft for some of these styles, but instrumentalists and instrument makers found ways to make up for that. Among those were the Stroh violin, a combination of the familiar stringed instrument with an amplification horn tacked on, what looks like a violin and a trumpet got together and made a baby. The electric violin, seen in modern music, is perhaps the great grandchild of the Stroh (minus the horn bell). Both enable the violin to be a standout in the idiom.

Particular gratitude for giving a star role to violins and other stringed instruments in jazz goes to the Romani (“gypsy,” by another name) groups. Called “gypsy swing,” “gypsy jazz” and sometimes, “hot club jazz,” its origins are in France during the interwar (1930s) period. The style originated with accordions and banjos, but with a strong dependency on string instruments, drawing from the cultural history of the Roma people, which rarely included brass instruments. Among the stars of this genre was Stephane Grappelli.

Contemporary jazz violinist Regina Carter, of the Regina Carter Quintet, teaches and performs the jazz violin to its breadth and depth. “Back in the 1920s and 30s violins were part of the Big Band era, but in the bebop era it was less part of the idiom,” she said in a 2003 Kennedy Center program for students on non-traditional repertoires for jazz ensembles. “I like to improvise and come up with my own voice. Playing jazz is less bow and less vibrato; you really have to swing it. It’s about learning the language of this instrument. There are a lot of things you can do with a violin.” 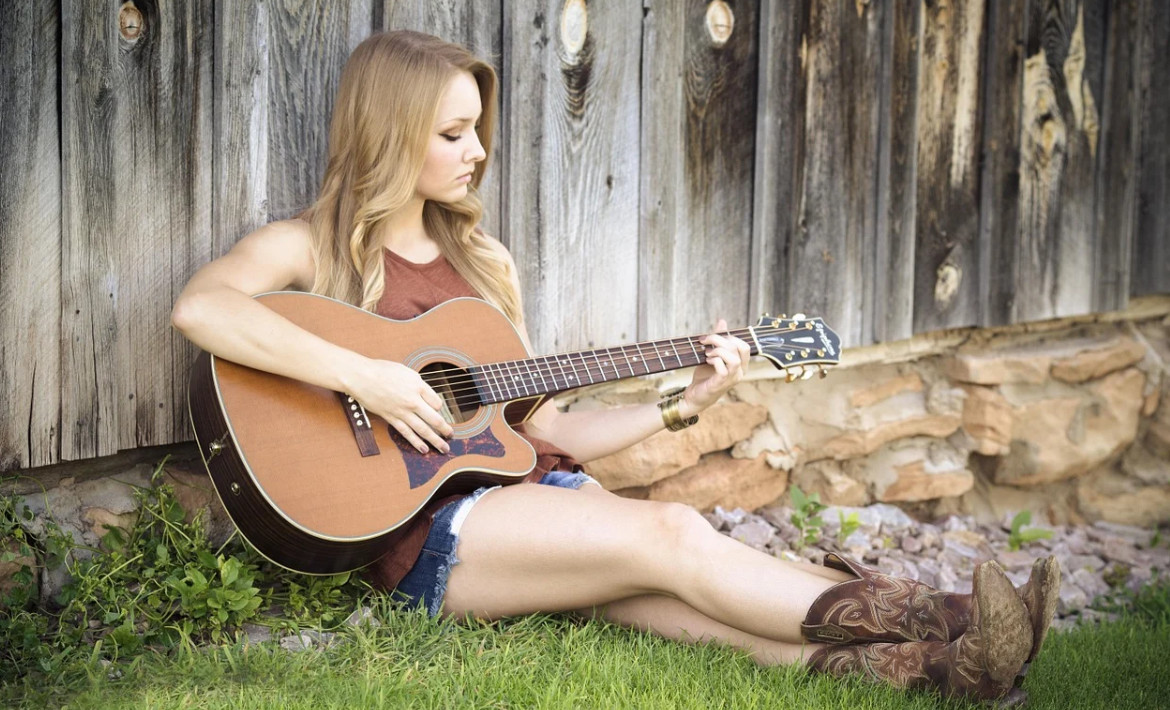 How To Choose The Best Acoustic Guitar?